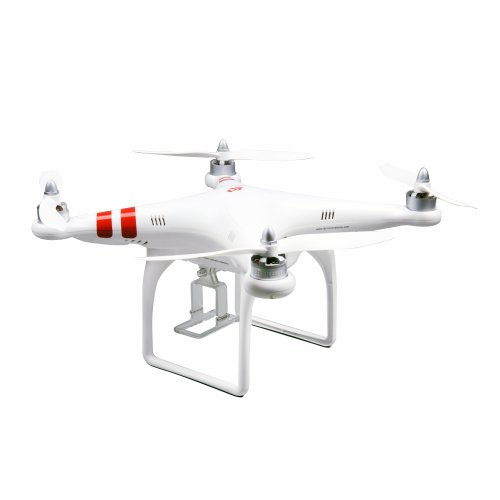 This highly rated quad copter from DJI is GoPro-ready. Mount your Hero2, Hero3, or Hero3+ to this quad and easily record your flights with high quality GoPro video.

This unit from DJI comes with a GoPro-ready quadcopter and remote control transmitter. Ready to fly from the box, just charge the quad battery and pop four AAs into the remote and you're ready to fly.

This is an affordable heavy duty grade photo quad. Mount your (sold separately) GoPro camera to the attached mounting bracket and take quality photos right from your quadcopter. The original DJI Phantom is capable of speeds up to 22 miles per hour and has advanced hardware that allows for automatic return and compensates for light winds to make outdoor photography with this quad easy and fun. 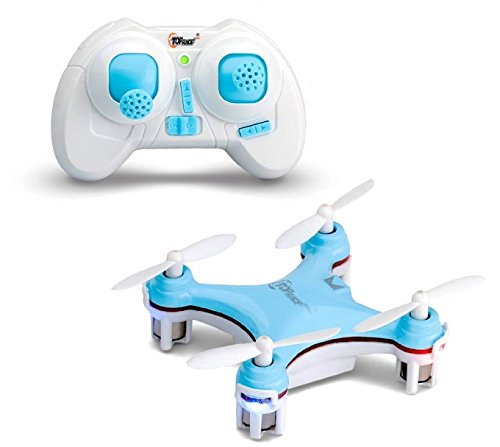 Are you looking for a mini copter? This model TR-MQ1 from Top Race claims to be the world's smallest quad copter on the market. It's just 1.5 inches wide!

What can you do with a micro quad like this? Everything you can with a regular sized copter. Full movement including forwards / backwards, ascending / descending, rotating, and hovering. With practice, tumbling can also be performed!

Charge time is a fast 9 minutes for the battery. Flight time averages 5 or 6 minutes per full charge. You'll get a set of spare replacement blades in case of mishaps during flight.

This is a super fun entry-level quad at an affordable price. With the small size, stabilization practice will be required. For its size, this is a durable little drone that's ready for some fast action! 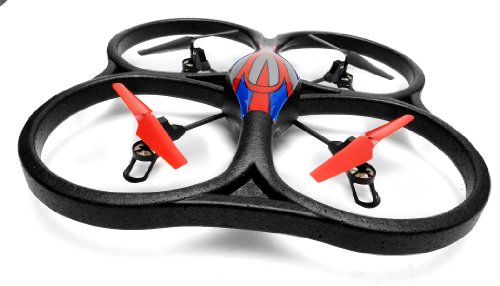 Quadcopter drone model V262 from WLtoys is a great entry-level drone. The lightweight unit is designed with extra protection for the blades and motors, making your inevitble beginner's crashes just little bumps in the road.

This unit is completley ready to fly (RTF) -- meaning you have almost everything you need to fly your drone right in the kit box. Provide your own set of 6 AA batteries and you'll be ready to go.

The kit comes with the lightweight quad copter itself, the remote controller transmitter, a battery for the quad, and a charger for the quad battery. The V262 battery provides 8-10 minutes of flying time per full charge.

Another advantage this drone has over other units is its size. At just over 21 inches wide and deep, this is larger than many other entry-level mini drones. The unit is easier to see in flight and controlling it in light winds isn't much of an issue when compared to the popular smaller units.

February 17, 2015 in Syma and Photography Drones 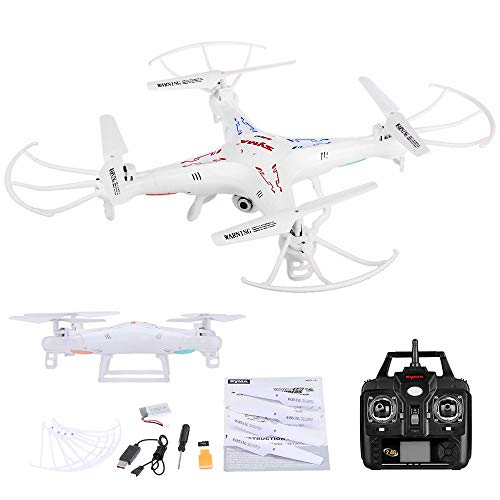 Are you looking for an affordable entry-level remote-controlled camera drone helicopter to give the hobby of drone-flying a try? This small quad from industry leader Syma is a perfect affordable first quad.

With this bundle kit, you'll get everything you need to fly your first camera drone. The box comes with the quadcopter and transmitter RC controller. You'll also get a 2G memory card, 3 batteries with a flying time of 5-8 minutes each, a USB battery charger, and a set of 4 extra propeller blades.

A drone flew in Congress last week. During a hearing of the House Science, Space, and Technology Committee on January 21st, an executive from 3D Robotics flew a small quadcopter during his testimony.

During part of the demonstration, the drone, a Parrot Bebop, was piloted using an iPhone with live video feed. During this phase of the demostration, the pilot crashed the drone on take-off. The device was unharmed during this small mishap and flew again before the lawmakers.

The Parrot Bebob has a 14 megapixel HD fisheye camera and advanced stabilization for amazing video capability. The device also has an embedded GPS with "Return Home" technology.